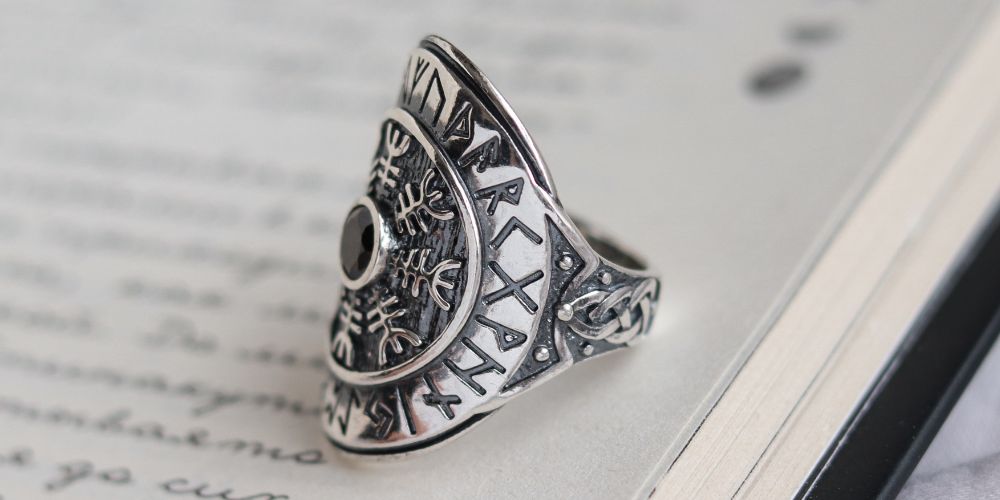 The Symbolic Jewelry of the Vikings: Wolves, Ravens, and the Hammer of Thor

Stereotype has it that ancient Scandinavians were cruel and rough-mannered warriors with little to no interest in anything beyond their plundering campaigns. In truth, however, the Norse had their own idea of beauty and elegance, which reflected in the jewelry they made.

Indeed, apart from being excellent fighters, the Vikings were strikingly good at jewelry making. Men as well as women and children would decorate themselves in Ancient Scandinavia. The function of ornaments was not limited to the aesthetic — they indicated the wearer’s status and could be used to pay for goods. Scandinavian jarls (earls) and konungrs (kings) would give their jewelry to distinguished warriors as a reward for their loyalty or to allies in hope of cementing the partnership. It was not uncommon to chop an ornament into pieces and use it as some kind of currency. That, of course, would be unthinkable today. It is remarkable that gold was not a common material for the Vikings’ jewelry. Silver and bronze, usually with a silver or tin coating, were way more popular.

Before we delve into discussing the Scandinavian art of jewelry making, it is important that you understand the attitude that the Norse people showed to ornaments. In fact, no piece was purely decorative — jewelry was believed to be magic. The Vikings would attach a sacred meaning to every single ring, every tiny bead worn on a cord of leather. I do think that the ladies of today share the belief, don’t they?

Mjölnir, the hammer of Thor, the Norse god associated with thunder, is probably the most famous among the many designs of such amulets. It was usually worn by men as they expected it to give them courage and luck in their battles. Thor’s fame roared far beyond Ancient Scandinavia, echoing in a number of symbolist poems.

Few know, however, that Thor had another, peaceful face as the god of fertility and agriculture who protected people against evil forces. That is why a Mjölnir was often worn to ward off malign spirits and evil charm. Among the hammers found by archeologists, some were presumably worn by women. It is quite natural given the fact that most sorcerers in Ancient Scandinavia were female. Since “wars of magic” were not uncommon, talismans often came in handy. The powerful Mjölnir was not forgotten with the advent of Christianity — hammers of Thor were long worn along with crosses. They are still popular with today’s followers of Scandinavian paganism.

Talismans shaped like miniature weapons were also popular. Tiny swords, shields, and spears made of bronze are all common archaeological finds. Their meticulously detailed design tells a lot about what the actual weapons looked like at that time. Who wore them? The answer seems obvious: the amulets must have belonged to male warriors. Yet, miniature weapons were worn exclusively by women. It remains a mystery why Scandinavian ladies would embellish themselves with such extraordinary jewelry. One possible reason is that they thought it beautiful — yes, that simple!

Weapons were not the only objects that inspired the Norse people. Peaceful tools such as scythes, sickles, and spades were other common jewelry shapes. Those were equally popular with men and women and are way easier to explain: such amulets were all dedicated to Freyr, the god of fertility, love, and beauty. They were supposed to win the deity’s favor.

Archeologists often come across jewelry shaped to resemble women wearing long gowns and sophisticated hairstyles, with weapons in their hands. Those are valkyries, daughters of Odin, the supreme deity of the Norse. They were believed to lead warriors to Valhalla — a majestic hall ruled over by Odin. The idea behind the talismans was that the miniature valkyries would guarantee the warrior a place in heaven. The face was usually very detailed, just like the woman’s garments and weapons. One of such valkyries, found in Sweden, looks rather funny with her long nose and grumpy face. It seems like the unknown jeweler wanted the divine messenger to look a bit more “human”.

Brooches, in particular fibulae, were also popular with the Norse. They often bore a sophisticated pattern of bird and animal shapes. Ravens were especially admired as the sacred birds of Odin symbolizing divine wisdom. A pair of ravens sitting on Odin’s shoulders, Huginn and Muninn, signified memory and knowledge.

Geri and Freki, two sacred wolves accompanying Odin, often appeared in jewelry, too. Unlike the wise ravens, these were an impersonation of belligerence and courage. The creatures reflected their deity’s physical strength, which was the exact cause why the jewelry was so popular.

The Vikings’ jewelry was full of symbolism and beautiful in an unfussy way. Did you like it? Would you like to wear something familiar?

This article is based on “Everyday life of the Vikings of the 9th–11th century” by N. Budur.

What you can read next 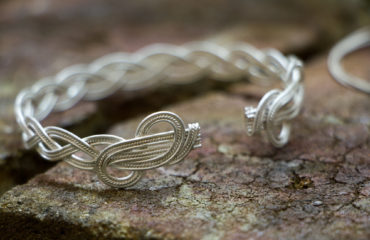 Sign up and don't miss the latest news, updates and promos.